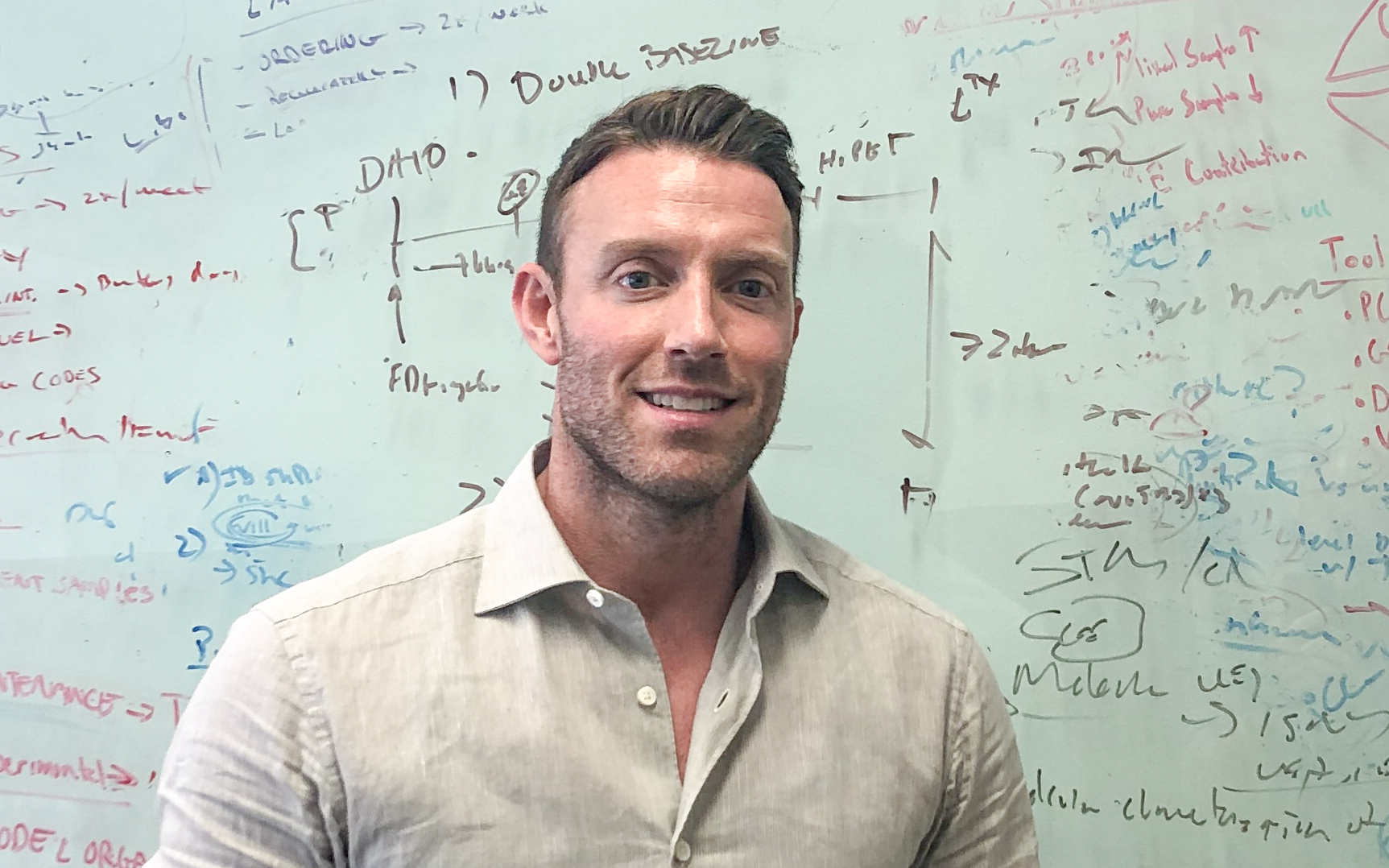 Recently approved for clinical trials, ERAS-801 was developed by a trio of faculty members

A potential new treatment for glioblastoma that recently received approval for clinical trials not only was developed by three UCLA faculty members but also traces its roots back to 2005, when one of the researchers was a UCLA graduate student.

The oral medication, a small molecule called ERAS-801, targets a rogue gene found in approximately 60% of people with the aggressive form of brain cancer. Developed by UCLA professors and members of Jonsson Comprehensive Cancer Center at UCLA, David Nathanson, Michael Jung and Dr. Timothy Cloughesy, the drug would provide a complement to existing treatments — surgery, radiation and chemotherapy.

In December, ERAS-801 received a go-ahead from the FDA for testing in human subjects. But research on the new drug dates back to 2005, when Nathanson was a UCLA doctoral candidate. At the time, he was studying the function of mutated epidermal growth factor receptor, or EGFR, a protein that drives the growth and division of cells.

By 2013, Nathanson had joined the UCLA faculty and formed his own lab. Working with Cloughesy, a UCLA professor of clinical neurology and of molecular and medical pharmacology, he began to learn more about how the EGFR gene regulates critical aspects of brain tumor metabolism.

“Our therapeutic choices today are completely unacceptable,” Cloughesy said. “We have used radiation and chemotherapy for glioblastoma over the last 20 years without identifying other meaningful approaches since. We want to change this disease. It’s really important for us to know that if this approach works it could be replicated by ourselves and other researchers interested in developing drugs for critical targets in brain cancer.  That was one of the important motivations for developing this drug.”

Around 2016, Nathanson and Cloughesy reached out to a handful of pharmaceutical and biotech companies to learn about drugs already in development for targeting cancers driven by EGFR. Seeing that the existing options were “suboptimal,” as Nathanson put it, they decided to develop their own.

Their next step was connecting with Jung, a UCLA distinguished professor of chemistry and biochemistry who has decades of experience designing synthetic molecules.

Developing ERAS-801 went fairly quickly from there — just less than three years from the the scientists’ discovery of the drug to clinical testing.

“Bringing together a brain tumor biologist like me who had studied the target, with a medicinal chemist like Mike who synthesizes molecules and a clinician like Tim who understands what it takes to get this into patients effectively, we could find solutions faster,” said Nathanson, who is now an associate professor of molecular and medical pharmacology.

ERAS-801 works by traversing the blood–brain barrier, which normally prevents toxins and drugs from reaching the brain, to target glioblastoma tumors. In preclinical studies, the drug had no adverse effects on healthy brains or on the central nervous system, or any other significant side effects.

In late 2019, Nathanson, Jung and Cloughesy formed a firm called Katmai Pharmaceuticals, which licensed the intellectual property for ERAS-801 from the UCLA Technology Development Group. In early 2020, after fielding inqiuries from several other companies, Katmai sublicensed the drug to Erasca, a clinical-stage precision oncology company.

“Erasca wanted to keep the three of us involved, and that was something that was important to us,” Cloughesy said.

Now, Erasca will lead clinical trials aimed at determining the drug’s proper dosage and whether it is effective in patients. Those tests are expected to take two to three years.